Yussef is a young zoologist and wildlife TV presenter, best known for hosting the BBC Earth Kids show, Bugface, and for narrating the documentary series, Wild Bites. He has experience presenting online, on the radio, and on live television. 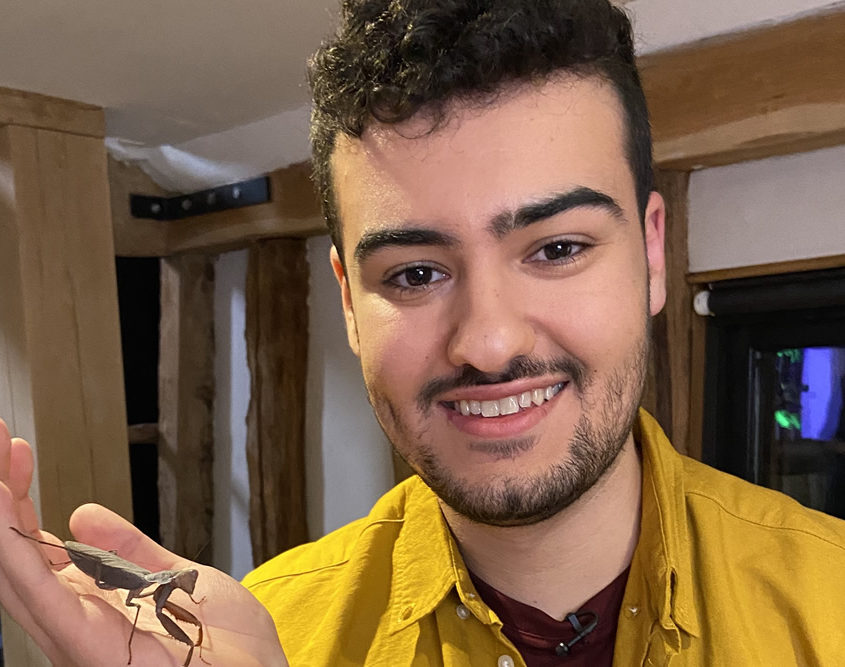 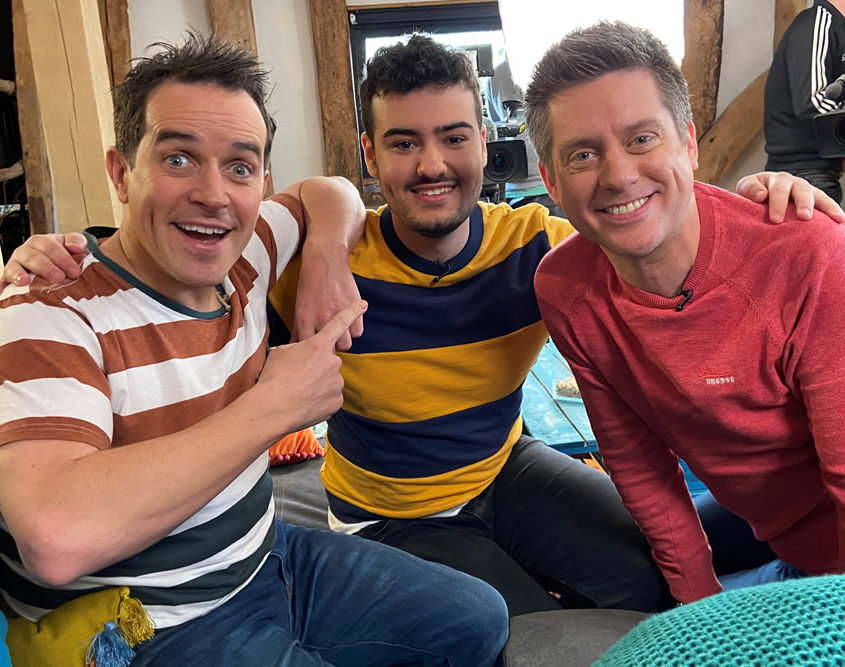 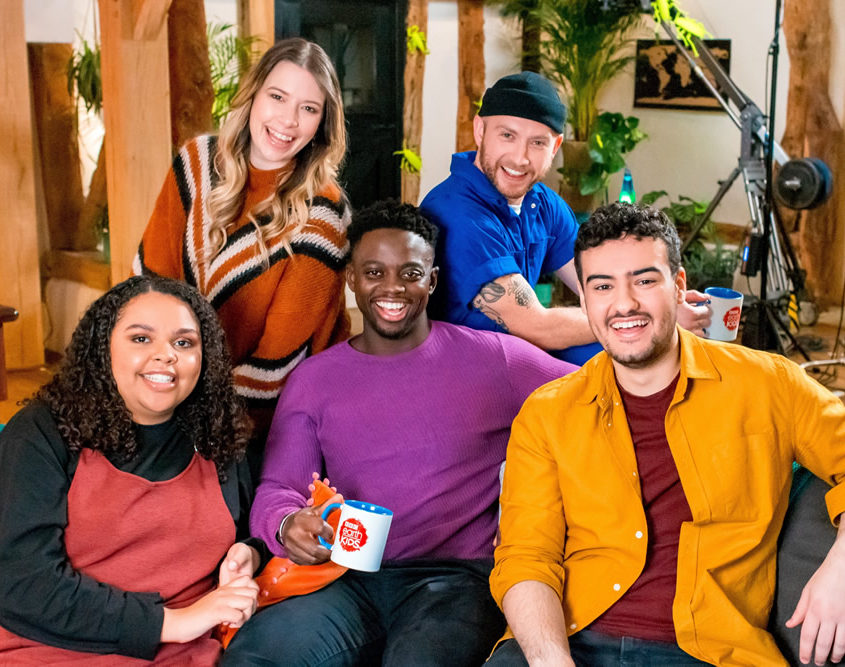 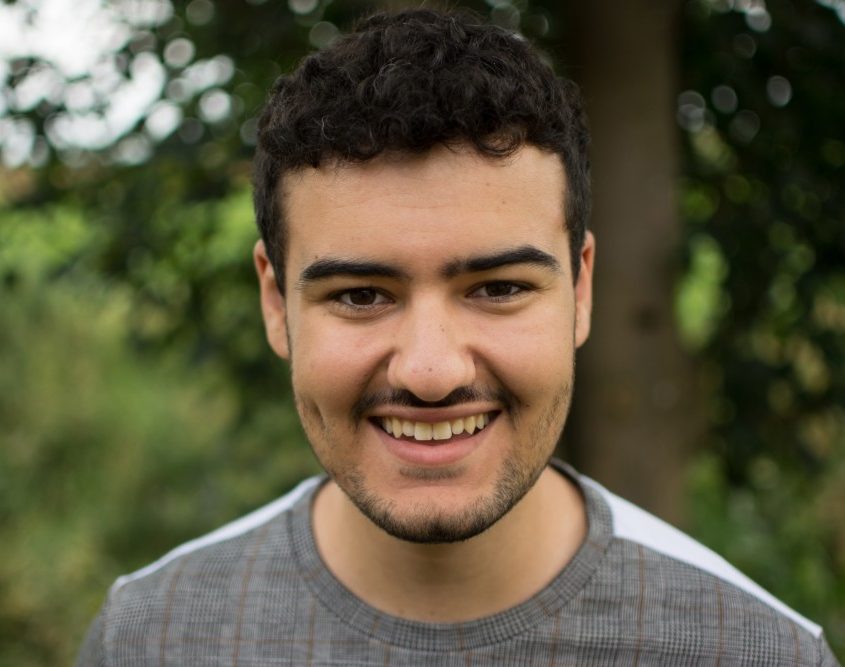 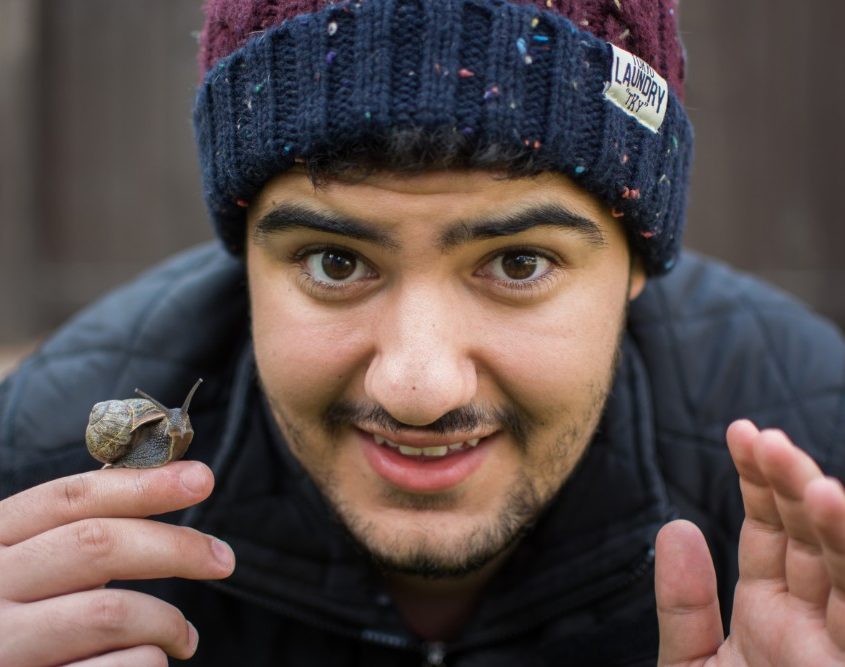 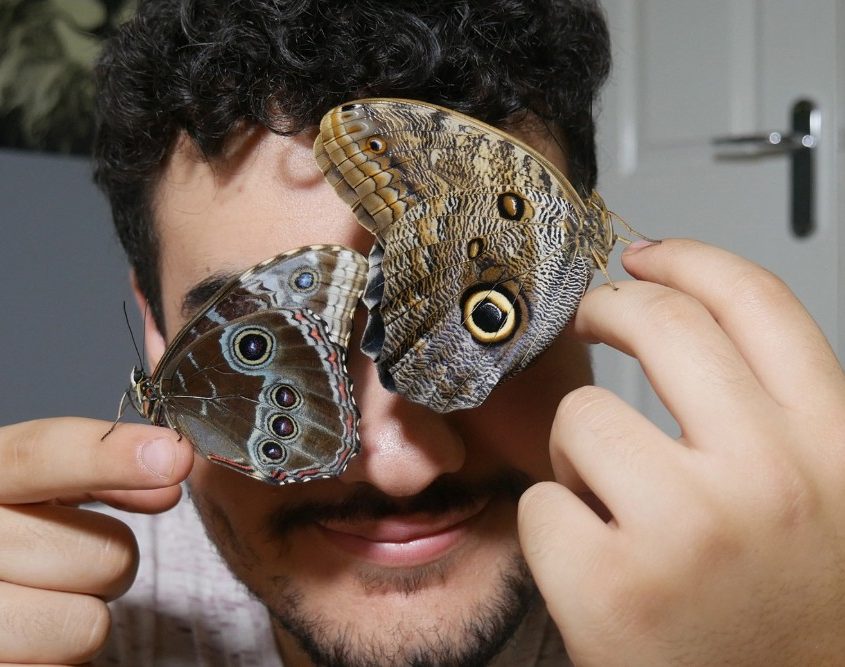 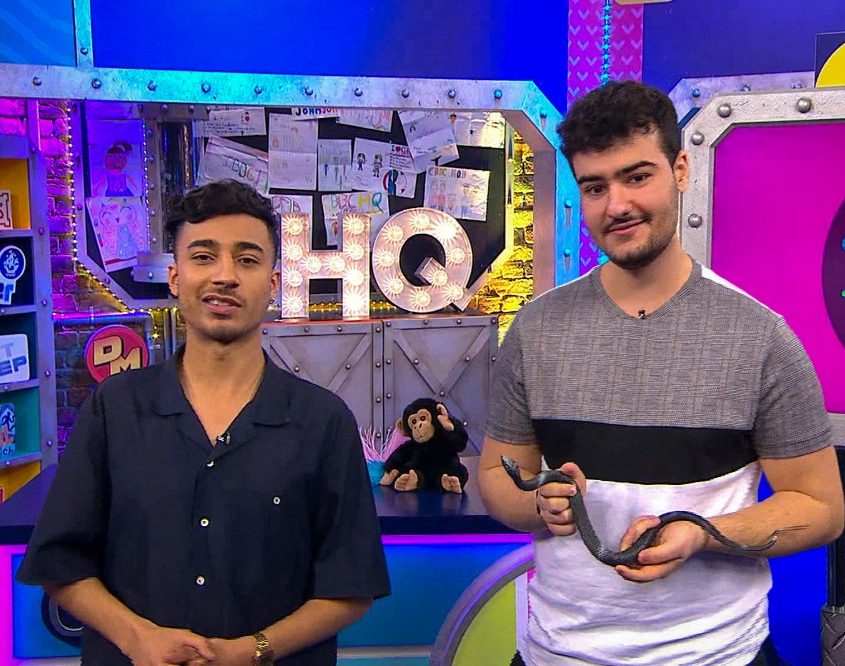 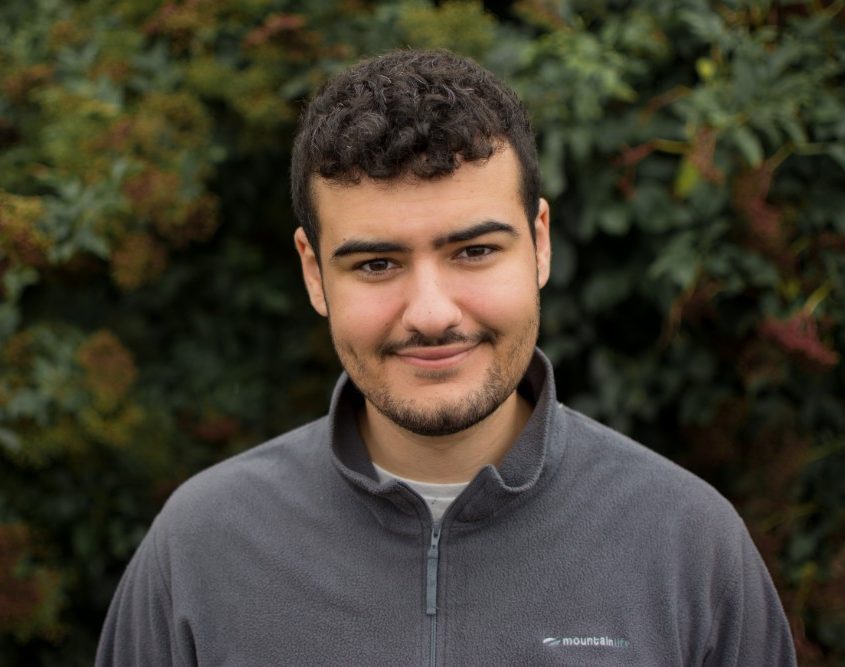 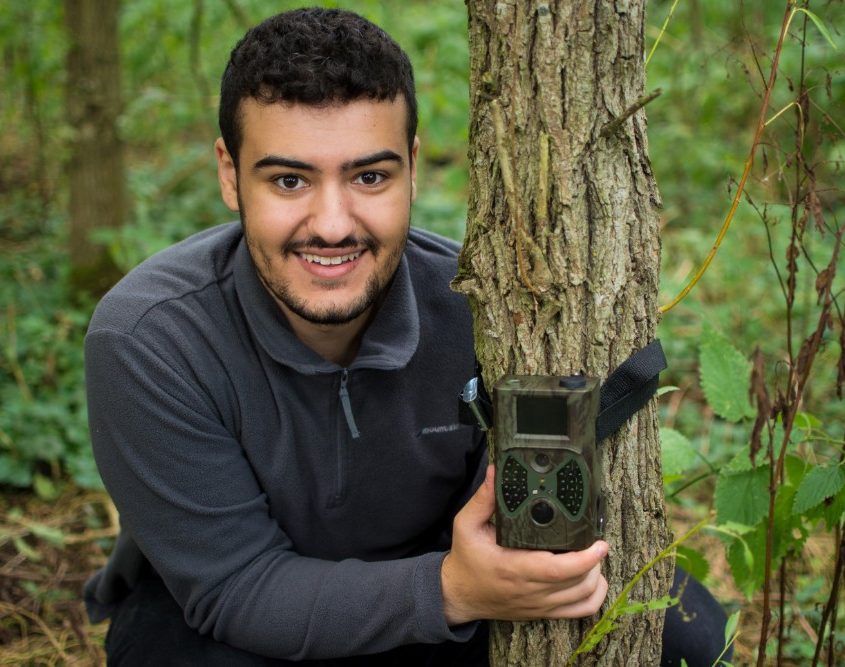 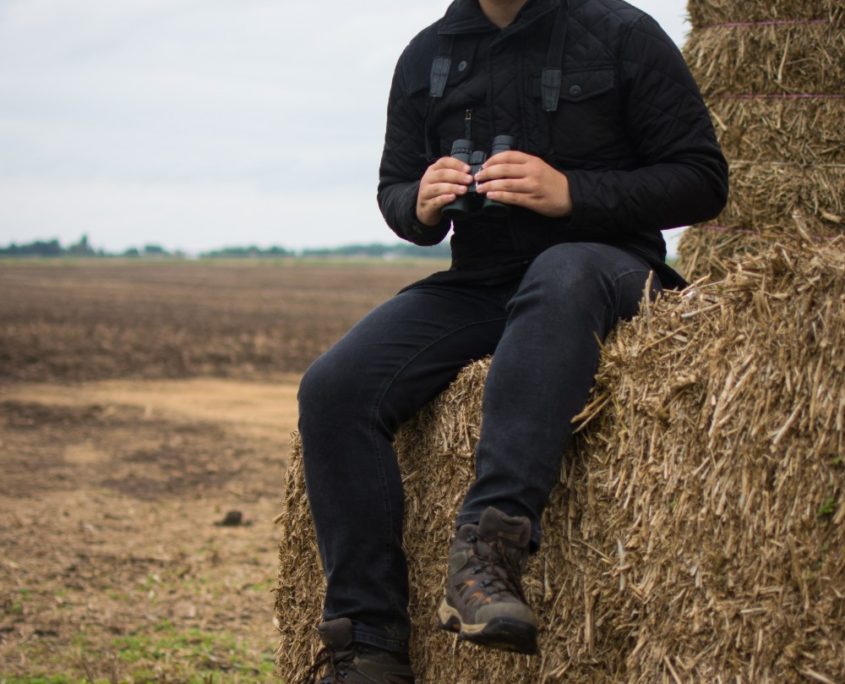 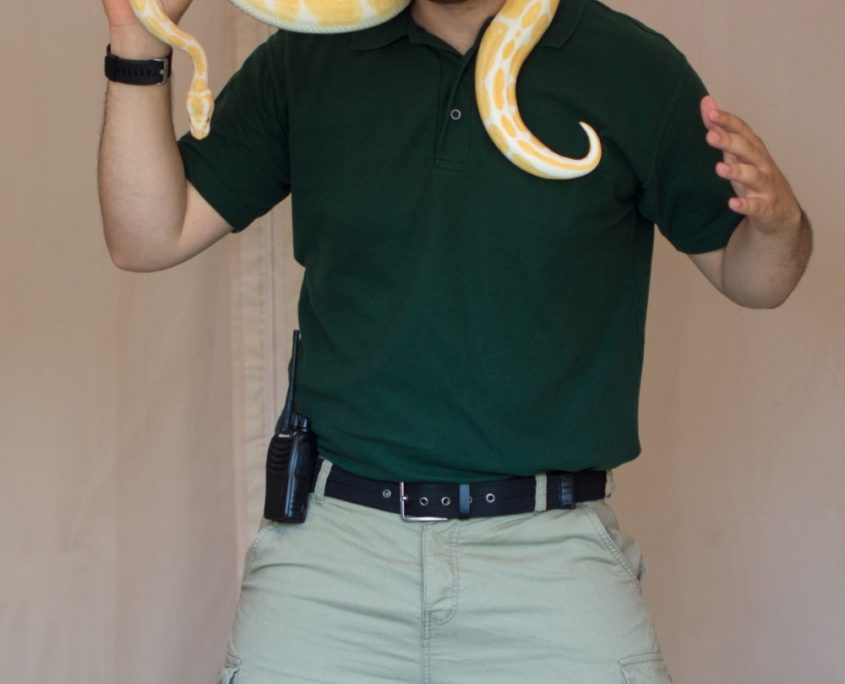 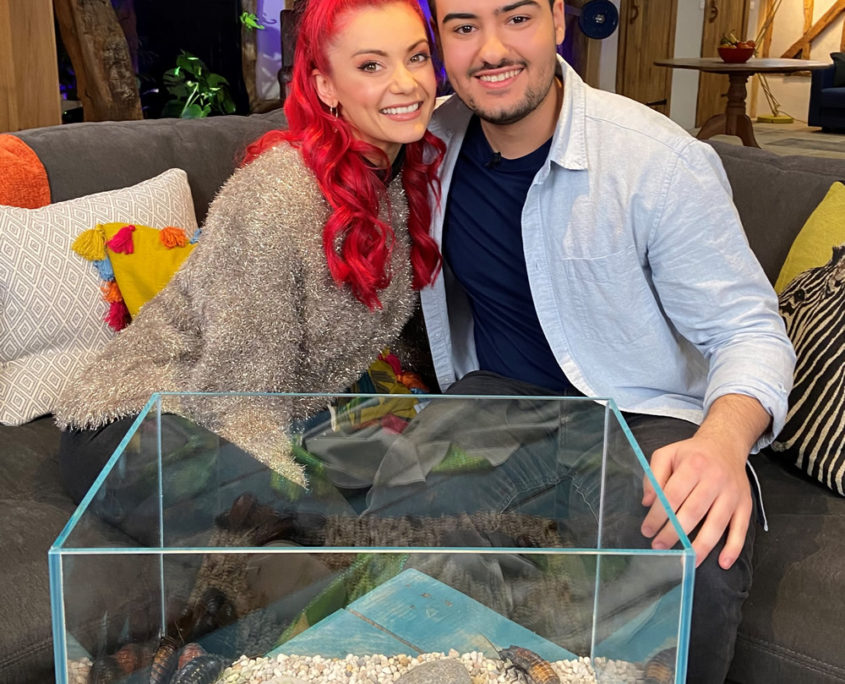 From holding his first crocodile when he was four years old to digging for earthworms in the school playground, Yussef has had a passion for natural history for as long as he can remember. Although he grew up in Britain, he spent many school holidays in his father’s home country of Morocco, and has fond memories of chasing dung beetles on the beach and searching for scorpions in the Sahara desert.

His fascination for all living things just snowballed as he grew up, and eventually led to him studying BSc Zoology at the University of Reading. Whilst at university, Yussef travelled to South Africa to study leopard population dynamics, studied western lowland gorillas alongside Durrell Wildlife Conservation Trust, and investigated the factors affecting urban hedgehog population decline for his undergraduate dissertation.

After graduating in 2017, Yussef went on to work as a zookeeper, where he gained hands-on experience working with some of the most weird and wonderful animals on the planet! One of his roles was to present the daily educational talks and handling sessions, where he used everything from snakes and tarantulas to skunks and armadillos.

In early 2020, Yussef landed a main presenter role on the brand new online children’s channel, BBC Earth Kids. Working alongside BBC Studios, he hosts his very own show called Bugface where he is joined by a whole host of celebrity guests as he introduces them to some of the most fascinating creepy crawlies from around the world – while they prowl and frolic across their famous faces!

Yussef also narrates another show on the channel, Wild Bites. In this series of bite-sized nature documentaries, he uses stunning visuals from the BBC’s world-class natural history archive to delve into some of nature’s greatest curiosities. Each episode focuses on a different species, and is packed full of fascinating facts – such as the techniques used by crocodiles to catch their prey, and why some octopuses have blue blood!

Through his work, Yussef particularly hopes to inspire younger audiences. One of his biggest aims is to collaborate with individuals from other entertainment industries, in order to bring people of different backgrounds together and introduce new audiences to natural history in a fun and relatable way.

Yussef has made various television appearances, talking about his fascination with all things fluffy, feathered, scaly and creepy crawly! He recently appeared on Good Morning Britain, where he discussed with the hosts the importance of spiders in our homes and why we shouldn’t be killing them. He also guest-starred on the BBC Bitesize Daily show, where he produced and presented films about ‘Food Chains’ and ‘Animal Life Cycles’ to help educate children at home while schools were closed during the national lockdowns.

He works closely with The Wildlife Trusts and has produced a whole load of content for them, including; content for their social media, helping to raise awareness for their environmental campaigns, presenting on their web series, Skomer Live, and writing in their youth magazine, Wildlife Watch.

A big believer in using social media as a tool for science communication, Yussef uses his platform and fun presenting methods as a way to captivate his audience. He particularly enjoys talking about the ‘little guys’, whether that be the mussels in our waterways or the snails in our gardens – and why they are equally as important to our environment as the big, popular animals!

Most recently, Yussef has been working with Off The Fence Productions, where he is presenting a film on their brand new platform, WaterBear, which has been described as a ‘Netflix for wildlife documentaries’ .