British-Mexican Benito Wainwright is an evolutionary biologist, research scientist and presenter. His zany, high-energy style is captivating audiences on radio and YouTube, and he makes his TV debut on Channel 5’s Go Green with the Grimwades (Milkshake). 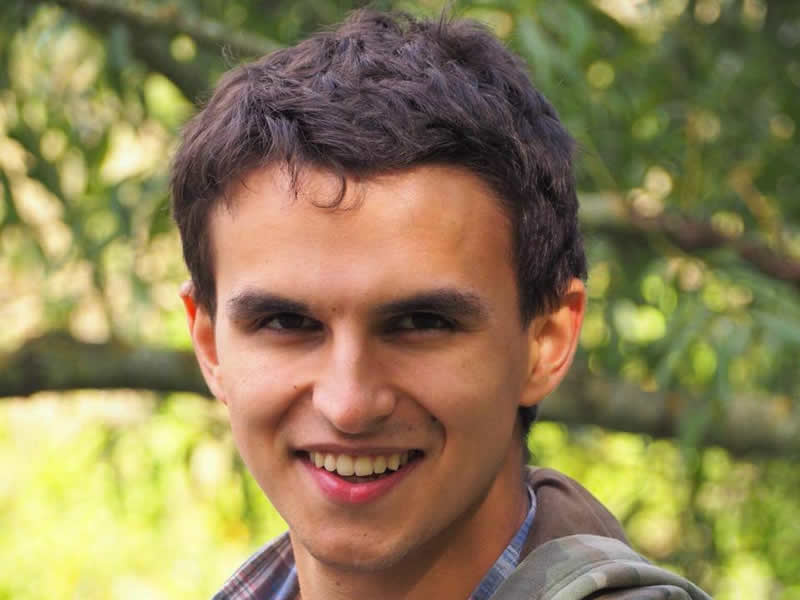 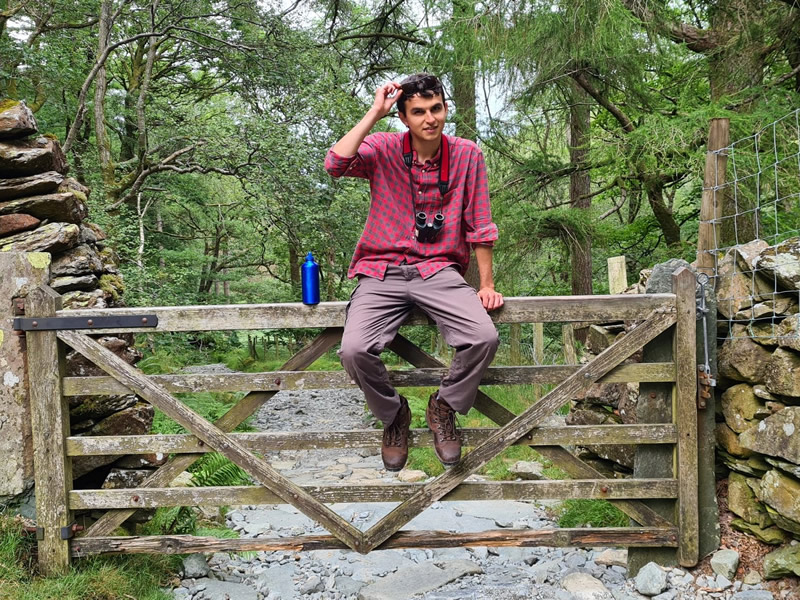 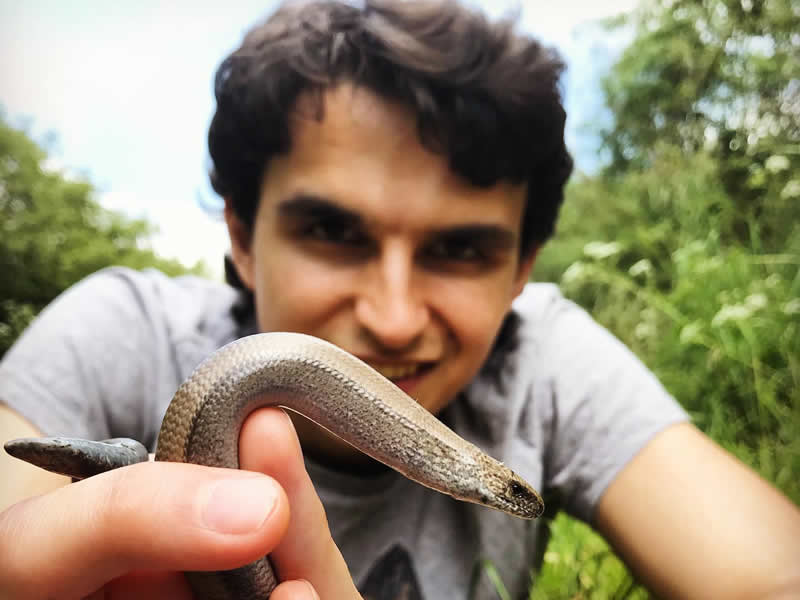 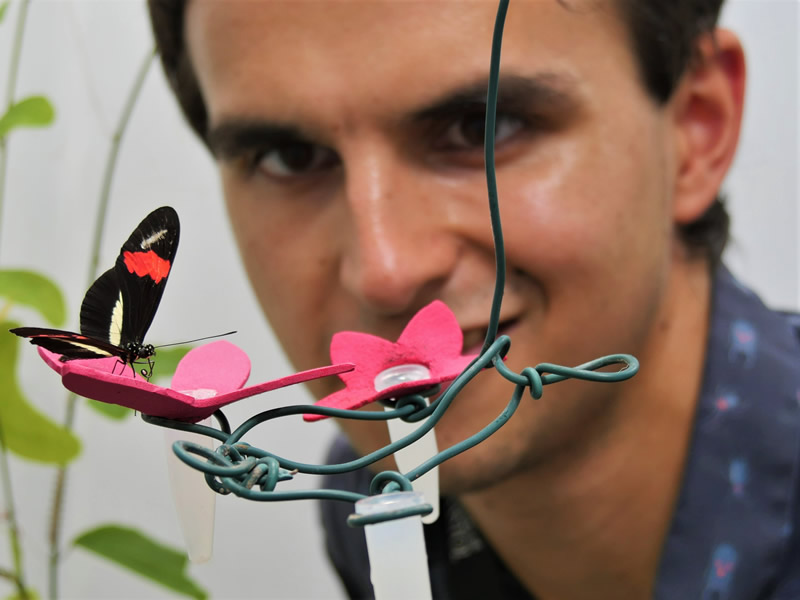 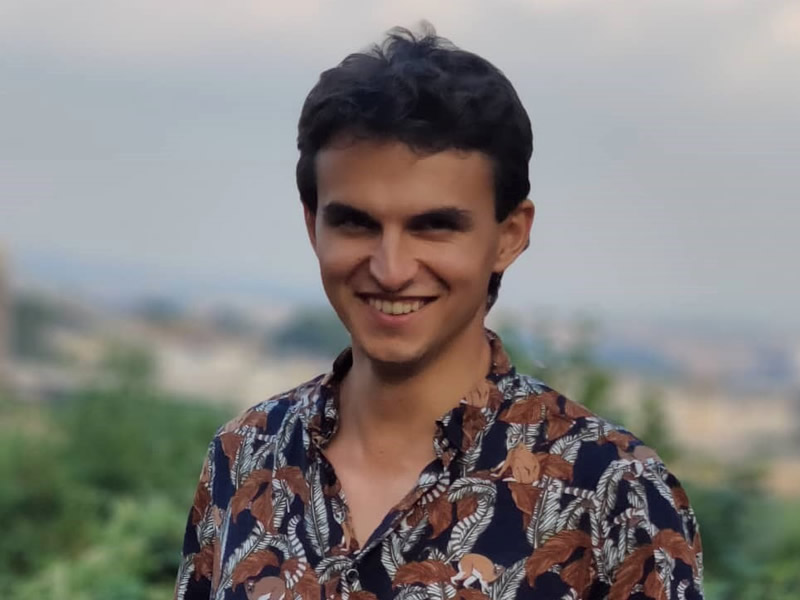 Benito recently collaborated with TV producer Ruth Campbell on her Wild Adventures 101 YouTube series. During the COVID-19 lockdown, he launched his own podcast which humorously celebrated the extraordinary efforts of early-career biologists during the pandemic. During the first lockdown, he was also interviewed by TV presenter Patrick Aryee on his “Patrick Goes Wild” YouTube series. In September 2020, Benito was asked by Bristol University’s undergraduate admissions team to produce an entertaining video that explained how a Biology degree would operate in a pandemic, which subsequently resulted in an interview on BBC Radio Bristol.

In 2021 Benito had a great time explaining the wonders of butterflies and pollination on Go Green with the Grimwades (Channel 5’s Milkshake). The show aims at pre-schoolers and follows the Grimwade family (a family of social media influencers) as they learn how to better care for the environment.

From rearing frogspawn and caterpillars in his back garden to being obsessed with classic wildlife television programs such as The Really Wild Show and Springwatch, Benito’s infectious curiosity for the natural world began at a very young age. Ever since he got his first camera, aged 12, he has been presenting and producing his own films, mainly focusing on exciting UK species but his Mexican dual-nationality have also led to some life-changing wildlife encounters from swimming with whale sharks to being surrounded by millions of monarch butterflies at their world-renowned migration roosting sites.

His fascination for nature was complimented by a keen interest in science and led Benito to graduate with a First Class Honours BSc Degree in Biology in 2017. Over the course of his undergraduate degree, Benito conducted research on the mesmerising iridescent exoskeleton of scarab beetles, worked as a biodiversity research assistant in the remote rainforests of Guyana, and teamed up with FRS evolutionary biologist Professor Nick Barton as a research intern in the Pyrenees.

Being inspired by lectures during his BSc, Benito developed a deep interest in evolutionary and sensory biology, both of which form the focus of Benito’s academic work. Since graduating, Benito stayed in Bristol to undertake a Masters by Research where he investigated how moths have evolved to optimize their camouflage to deceive bird predators. In 2019, he started a PhD, fully funded by the Natural Environment Research Council (NERC), where he is currently uncovering the sensory world of tropical butterflies native to the Amazon rainforests of eastern Ecuador. Benito is a published author in high impact scientific journals including Proceedings of the Royal Society B and Current Opinions in Insect Science and his work has been covered by the likes of Forbes, BBC Widllife Magazine and Science Times.

Benito developed his niche as a presenter by creating revision videos for his ‘Benito’s Explanations’ YouTube channel whilst studying for exams. These videos were highly commended by many of his lecturers who went on to promote his videos to their future students. Since then, he’s continued to make engaging, educational and humorous content that combine his two passions of nature and science.  He has harvested over 300,000 views and over 2,000 subscribers on YouTube.

He uses his Instagram platform (1K followers) to collaborate with UK based nature charities such as The Wildlife Trusts and Butterfly Conservation and he is an annual member of the media team for the Festival of Nature’s City Nature Challenge with several of his films being shown on the big screen at the main festival. Benito became an Ambassador for The Rivers Trust in 2020 who he frequently makes educational promo for.

He co-presented his own science/nature radio show (Nature Xposed) on the Bristol University radio station (BURST) where he interviewed a mix of academics and wildlife film producers.