Cam Robinson is a presenter and wildlife filmmaker who was recently featured on BBC Two’s Winterwatch highlighting the story of wild otters living in the centre of Edinburgh. Backed by his own production company, and with over a decade of experience both in front of and behind the camera, Cam is passionate about bringing incredible and emergent stories of wildlife and the natural world, to others. 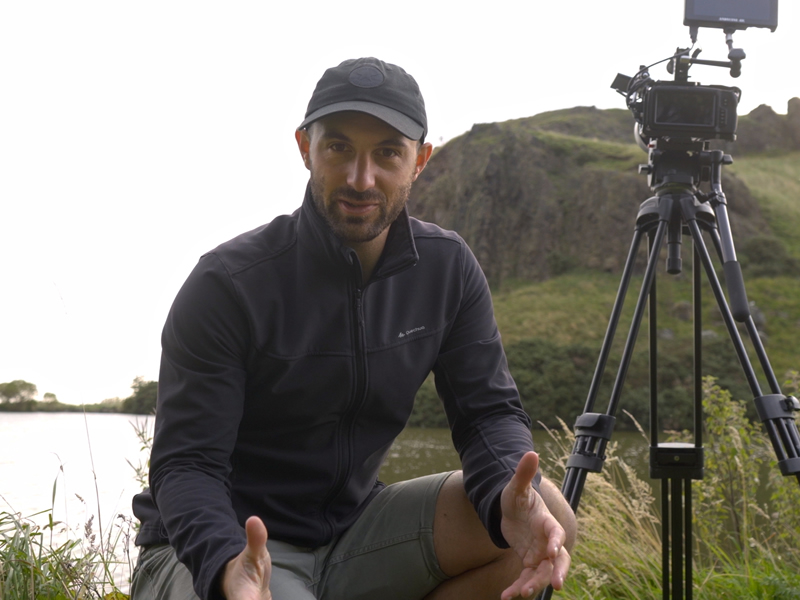 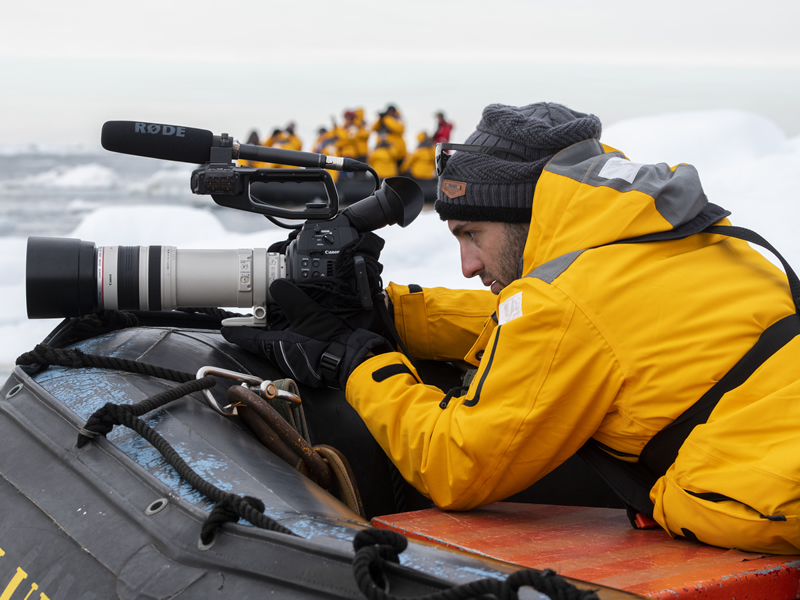 Cam is a presenter and filmmaker from Scotland with over a decade of experience both in front of, and behind the camera. He has an infectious passion for science, the natural world and storytelling, in particular subjects relating to Scottish wildlife. Combined with a 10 year career creating popular content for YouTube, Cam comes with an exciting and modern approach to wildlife filmmaking.

Cam was featured on BBC Winterwatch after creating a short film about an otter that took up residence in a loch in his home city of Edinburgh following the countrywide lockdown in early 2020. Working solo, Cam presented, filmed and edited ‘The Otter on the Volcano’ which leapt to the top of Edinburgh’s reddit page, going viral and grabbing the attention of BBC producers. He then adapted and expanded on this story to create a feature that was broadcast as part of the January 28th, 2021 episode of Winterwatch.

Travels in the Arctic

Cam harbours a love for travel, and will jump at any opportunity for adventure and exploration. Back in 2018, he spent a month filming in the Arctic and North Atlantic in search of Polar Bears. On this expedition he captured images of remote locations and wildlife, from Puffins to Walrus, and even had the unique opportunity to film on the rarely visited volcanic island of Jan Mayen.

Cam’s passion for natural history and science stems from his honours degree in Biological Sciences from Edinburgh University, as well as an early career teaching children earth science at Our Dynamic Earth in Edinburgh. Following a move to London in 2011, Cam worked as a video producer and presenter for 4 years at a website where he developed a popular, weekly science-meets-video games show ‘Reality Check’ on YouTube which ran for over 100 episodes.

Today, he is co-director of London based video production company DoubleJump Ltd which he has been running for the past 6 years. Here he gets involved with all aspects of video production including presenting, directing, voice over, script writing and video editing.

With DoubleJump at his disposal, Cam is able to operate as a self-contained production team handling as much of the filmmaking process as required on a project. This enables him to create cinematic, narrative driven wildlife films, with a small, nimble and flexible crew.

Cam’s blend of natural, enthusiastic presenting and extensive behind camera experience, combined with his 21st century approach to filmmaking and a passion for wildlife, travel and adventure makes him a unique prospect in the world of wildlife and natural history filmmaking.