Felicity is a Consultant Cleft and Plastic Surgeon based in Edinburgh who also has the great talent of presenting and explaining her work to audiences and to the camera. 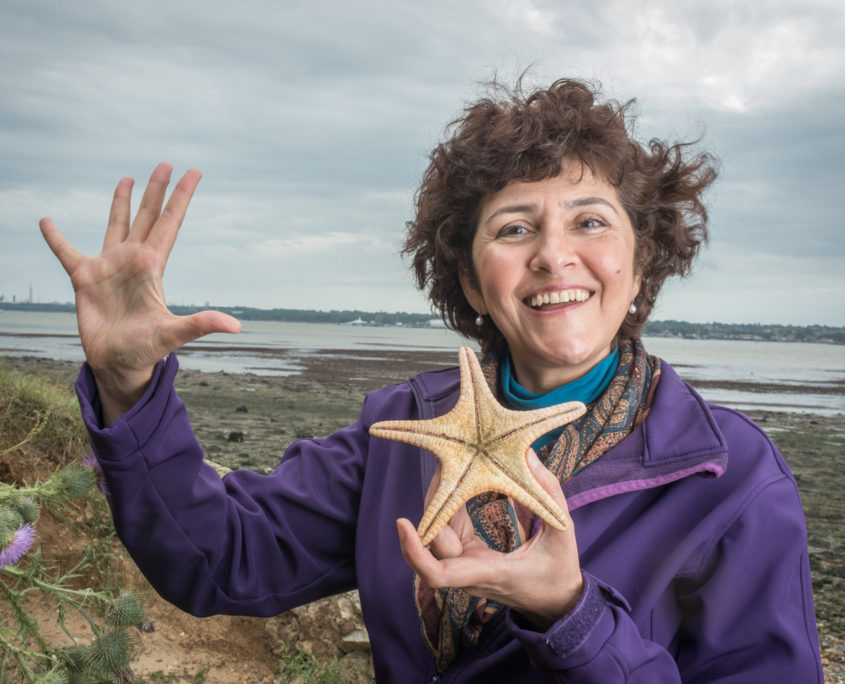 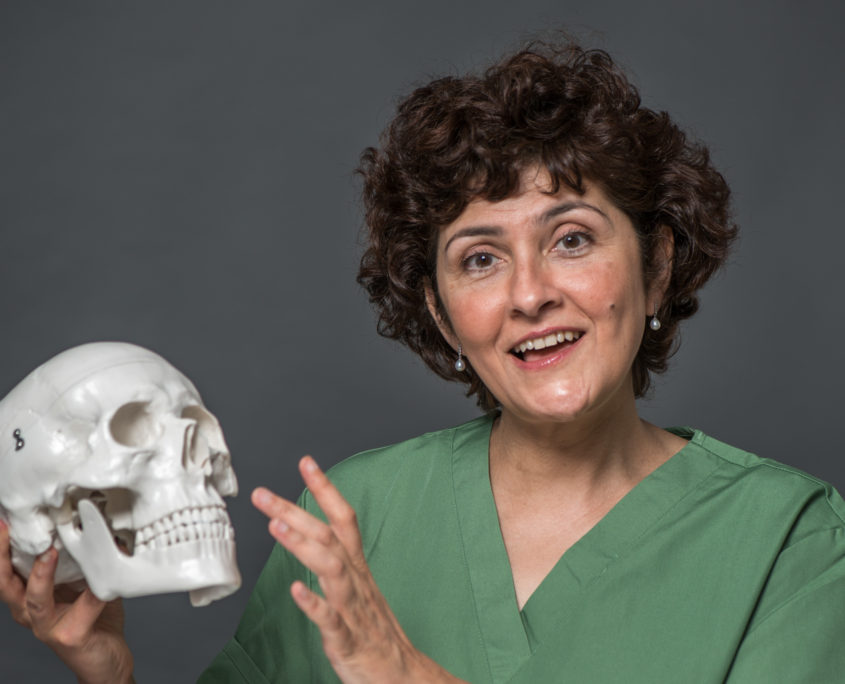 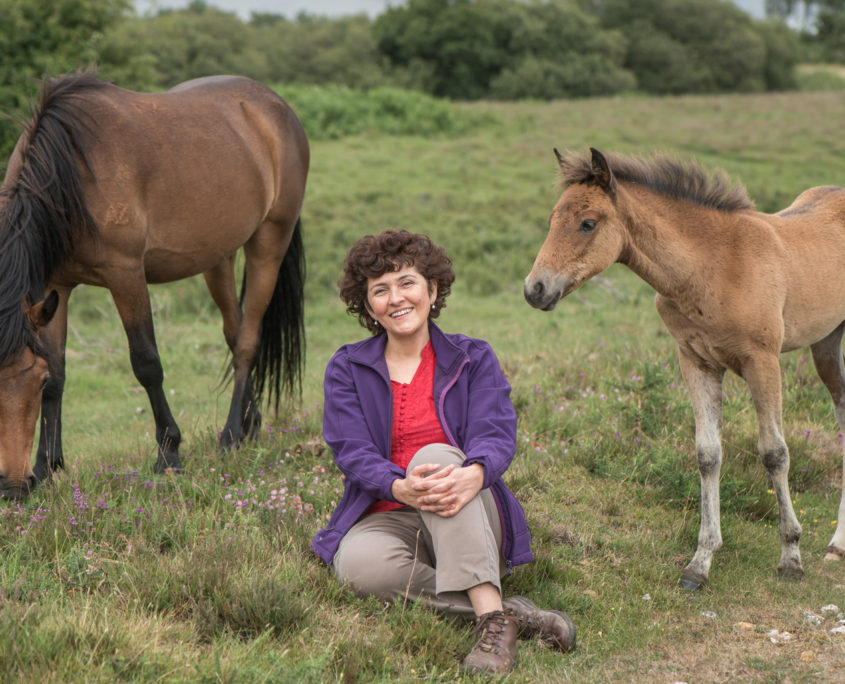 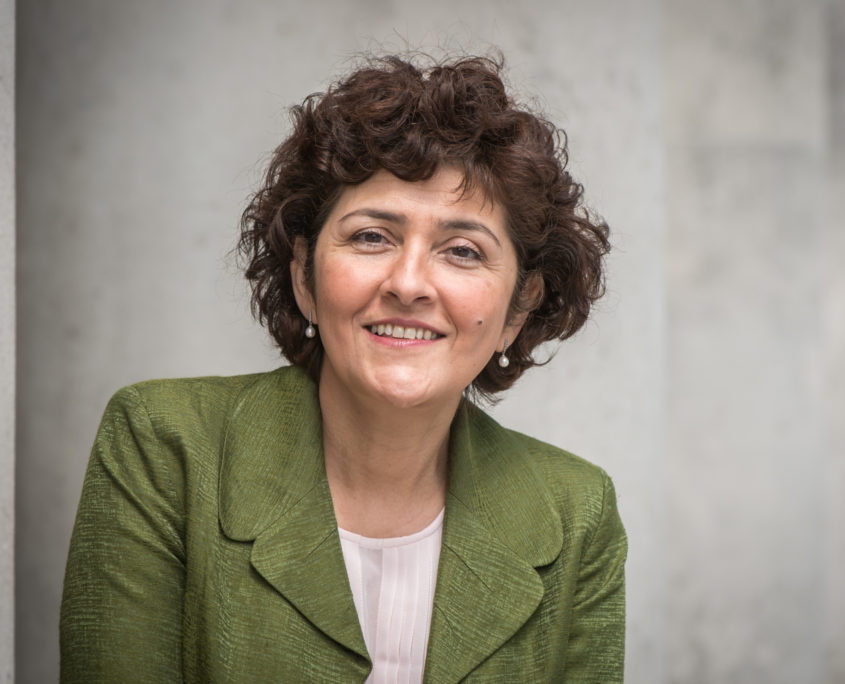 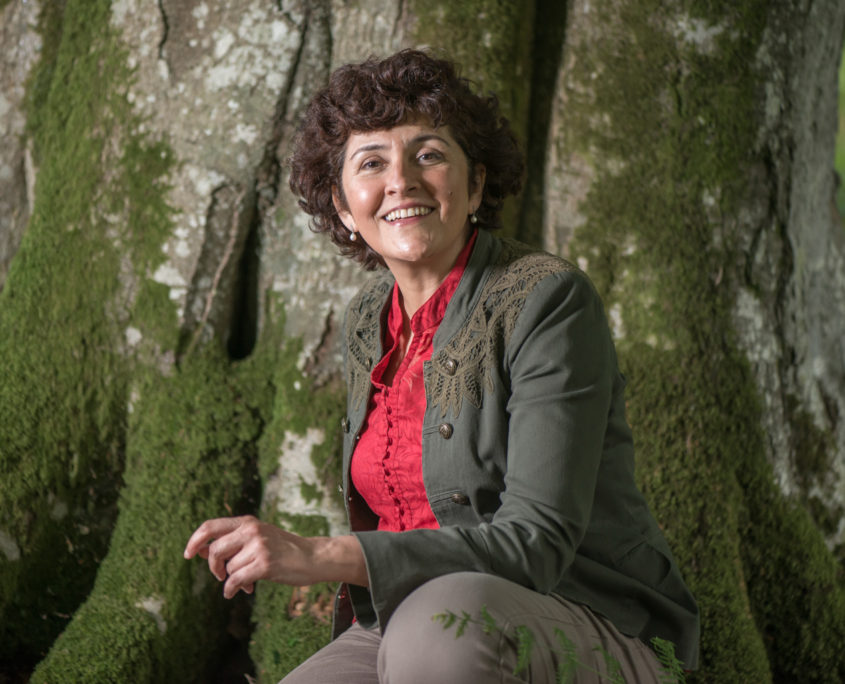 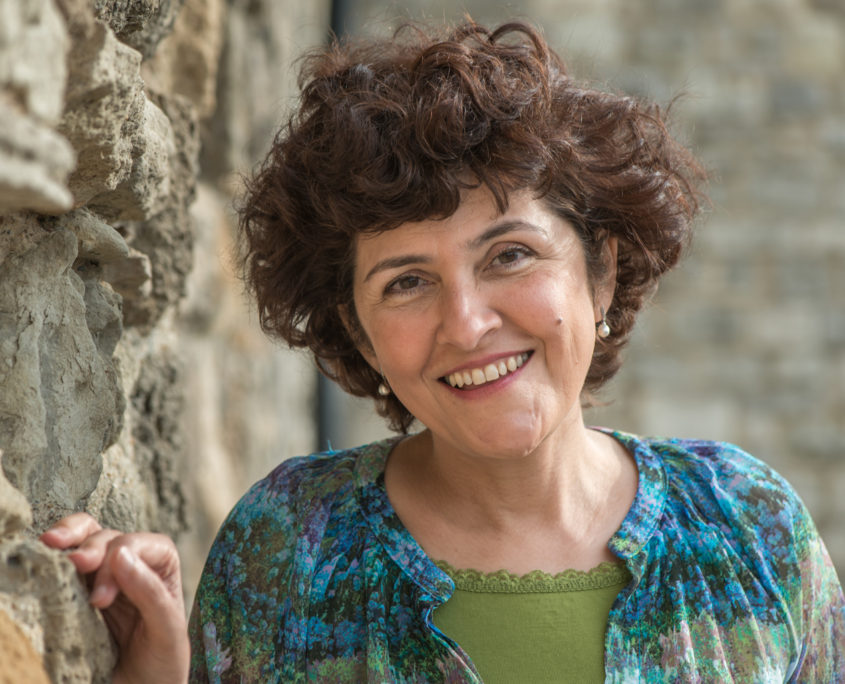 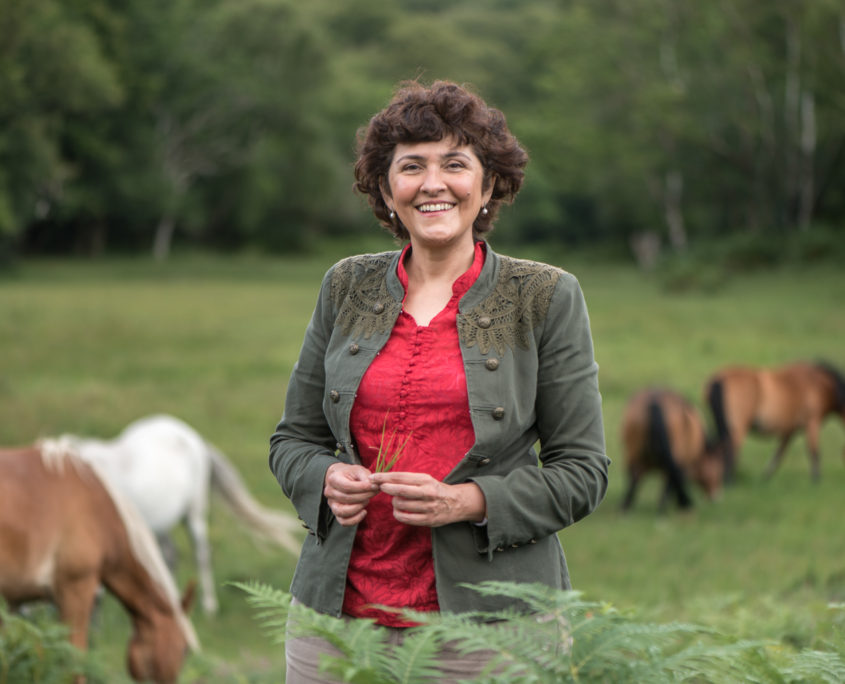 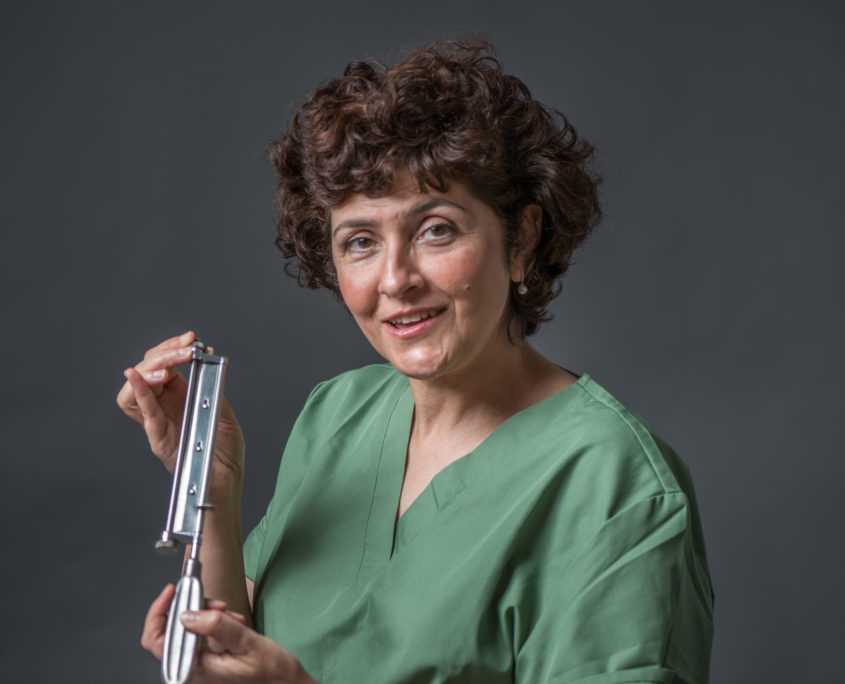 In February 2017, she took over a 4-year term as President of International Confederation of Cleft Lip and Palate and Related Craniofacial Anomalies – the first time this has been held by anyone in the UK.

She is on the Council of the Craniofacial Society of Great Britain and Ireland, the Scar Free Foundation Research Council and the Royal Society of Medicine, Comparative Medical Council. She is a member of the British Association of Plastic and Reconstructive Surgeons, the American Cleft Palate Craniofacial Association and a Fellow of the Royal College of Surgeons of England.

She is frequently invited to speak at national and international conferences and has been an invited guest speaker at the Royal Society of Medicine, the American Cleft Palate Craniofacial Association, the Indian Society for Cleft Lip, Palate & Craniofacial Anomalies and numerous international congresses in Turkey, Cairo, Japan, Malaysia.

She has worked in, or visited hospitals in over 10 countries and is fascinated by differences in approaches to healthcare, across the world, both from the perspective of doctors as well as the public’s attitude to illness and disfigurement and conditions that affect appearance

She is at home giving keynotes to large audiences, presenting for broadcast TV or performing in an interactive event at the Edinburgh Fringe.

Felicity has performed at the Edinburgh Fringe (Cabaret of Dangerous Ideas) in 2014 and 2015; and been an invited speaker at various public events at Science Festivals in Edinburgh and Cheltenham, on a wide range of topics, including regenerative medicine (growing your own organs), various aspects of surgery, what happens to your medical data, history of plastic surgery in WW1 and the Guinea Pig Club as well as disfigurement. She has hosted events that bring together medicine and the arts.

Felicity has a range of ideas for science documentaries. She has gained insight into programme development having worked with BBC Science Development on Countdown to Life. She wrote, presented and edited a short film on the history of anaesthesia.

She would love to collaborate with broadcasters on projects that engage the public with scientific studies and experiments. She was selected for the BBC expert voices training.

Her idea for a documentary on wounds and scarring was shortlisted for the Sheffield doc fest Specialist Factual New Talent Pitch. Her enthusiasm and ideas for science documentaries led to her being selected for the Wellcome Trust scheme at the WCSFP.

Felicity trained in two different styles of Karate both in India and in the UK and achieved her black belt (first Dan) in Shotokan Karate, competing at county and national levels, although she is not in training at present. She enjoys swimming and understanding magic tricks and is learning how to code.

Languages: being half Indian and having spent half her life, growing up in India, she can get by in Hindi and Marathi.

She has led the teams that provide the East of Scotland Cleft Lip and Palate Service for over 13 years and combines her clinical work with research at the University of Edinburgh. She most frequently operates on babies and children with cleft lip and palate, but also operates on adults. She first “meets” many of her little patients at an antenatal 20 week scan. She also treats children with a variety of other birth (congenital) conditions that affect the face, speech and the airway.

Her research includes surgical outcome studies, why clefts happen, 3D imaging of the face, the mechanics of human speech.

Felicity loves clinical work and research, but equally, loves sharing her fascination with medicine and the human body, with others. She is passionate about demystifying medical science and making accessible, relevant and fascinating to everyone. Her ability to engage and enthuse viewers of all ages was demonstrated when her explanation of how our faces form in the womb, in BBC documentary “Countdown to Life”, was selected for Gogglebox and the Christmas Day episode of Gogglesprogs.

The Early Days – growing up in India

Felicity grew up in a very medical household; her father was a plastic surgeon and her mother a plastic surgery theatre sister. Home was filled with innumerable scientific experiments and inventions including new surgical instruments. She was fascinated by her father’s medical photograph collection, 3d plaster casts of faces and stories of patients.

She wanted to be a surgeon from a very young age (although rescuing stray animals in India, made her also want to be a vet, but she couldn’t bear the thought of not being able to speak with and reassure animal patients). She will never forget watching her first ever operation – when her father created a nose out of a piece of forehead skin…and she has been fascinated by the science and the art of plastic surgery, ever since.

Felicity trained as a doctor on a very rigorous medical course at Bombay University and worked as a general surgeon, in India, where she treated a huge range of conditions from tropical diseases, to stab wounds, to birth conditions as well as patients with cancer, at one of the leading international cancer hospitals.

She then moved to the UK and specialised as a plastic surgeon. Driven to answer fundamental questions about why humans scar, she won a research grant from the Wellcome Trust to carry out research into how embryos heal wounds without scarring, in the developmental biology lab at University College London. She then worked as a Cleft Fellow at Great Ormond Street Hospital.

She has been awarded research fellowships or funding from the Wellcome Trust, the Royal College of Surgeons of England and the Craniofacial Society of Great Britain and Ireland.

She has published numerous research and clinical papers in peer reviewed academic journals; and has received a number of academic awards (including the Hallett Prize from Royal College of Surgeons and the Ian McGregor Medal from BAPRAS). She is the only person to have received the Craniofacial Society of Great Britain and Ireland’s research medal twice; and was awarded the best All-round medical student in her year of 200 students in Bombay University.