John Suchet presented regular live weekday broadcasts for 12 years on Classic FM. He will continue to host specials throughout the year. 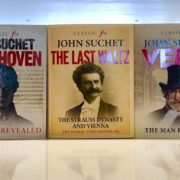 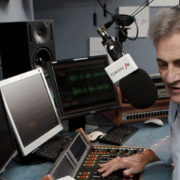 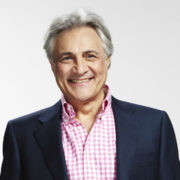 In his new theatre show Tchaikovsky – The Man Revealed, popular Classic FM presenter John Suchet brings the incredible story of Tchaikovsky to life. This fascinating and captivating talk will be followed by a Q&A session and can be either 1 hour or 2 x 45 mins altogether.

It may be hard to believe, but the man behind such joyous music as Swan Lake, The Nutcracker, The 1812 Overture and many more of the best loved music ever written, was a deeply troubled individual unsure of his own talent and tortured by his sexuality.

Before joining Classic FM, John was best known as one of the country’s most popular television newscasters and reporters. As an ITN reporter he covered major world events, including the Iran revolution, the Soviet invasion of Afghanistan, and the Philippines revolution.

He began his career with Reuters news agency, covering the student revolution of 1968 and the subsequent retirement of President de Gaulle. He has interviewed Presidents, Prime Ministers, Oscar-winning actors and actresses, politicians of all hues, Olympic medallists, criminals, a murderer on death row in Florida, and countless other men and women who have found themselves in the news.

As a newscaster he regularly presented all ITN news bulletins, including News at Ten. John has been honoured in both roles, Television Journalist of the year 1986, and Newscaster of the Year 1996.

Since leaving the world of television news, John now devotes his time to his lifelong hobby, classical music, and in particular to the life and work of Beethoven. He has published six books on the great composer. His sixth, a full length biography entitled ‘Beethoven, The Man Revealed’, was published in October 2012.

In 2000 John was awarded an honorary degree by his old university, the University of Dundee, and in 2001 the Royal Academy of Music awarded him an Honorary Fellowship in recognition of his work on Beethoven.

International Radio Personality of the Year

“It’s easy to see why John Suchet’s flagship programme on Classic FM is so popular. Presenting the RSNO’s Classic FM Hall of Fame concert, he exhibited that same silken line of chat, laced with informed simplicity and friendly engagement. He knows his stuff, knows his audience, and knows instinctively how to link the two.”
The Scotsman.