Roger Tabor, MPhil, CBiol, FRSB, FCFBA, FBNAhc, FLS, is a television presenter, biologist, behaviourist, award-winning naturalist and author. Most of his TV presenting has been on wildlife, plants and animals, yet he is best known for his ground-breaking BBC television series Cats filmed over 3 years around the world. As a biologist he is recognised as one of the world’s leading authorities on cats. 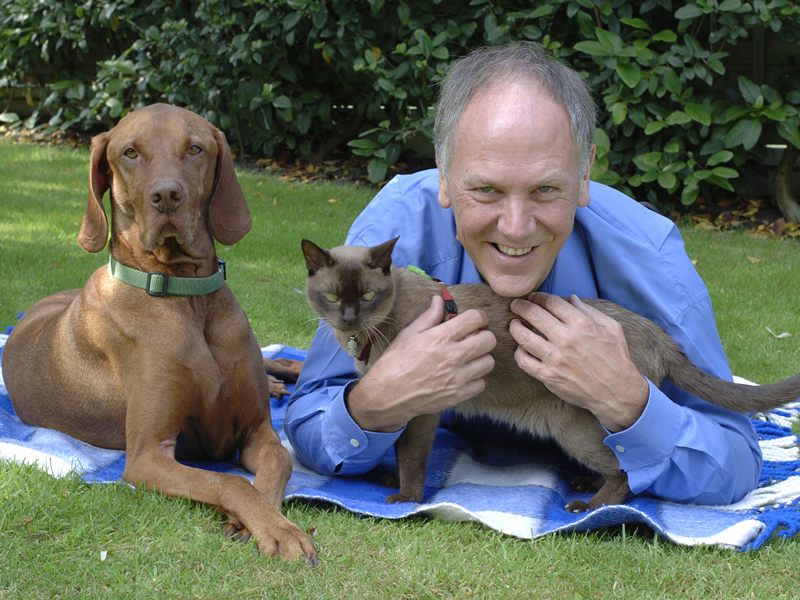 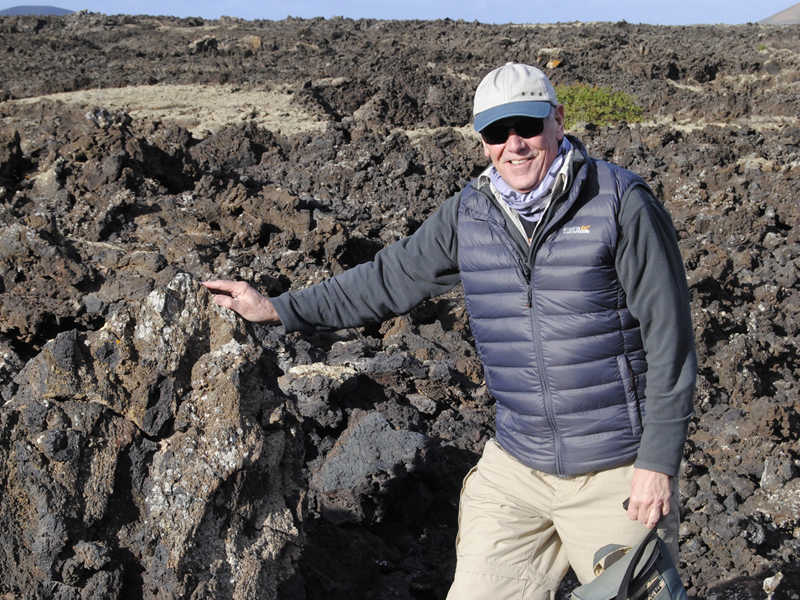 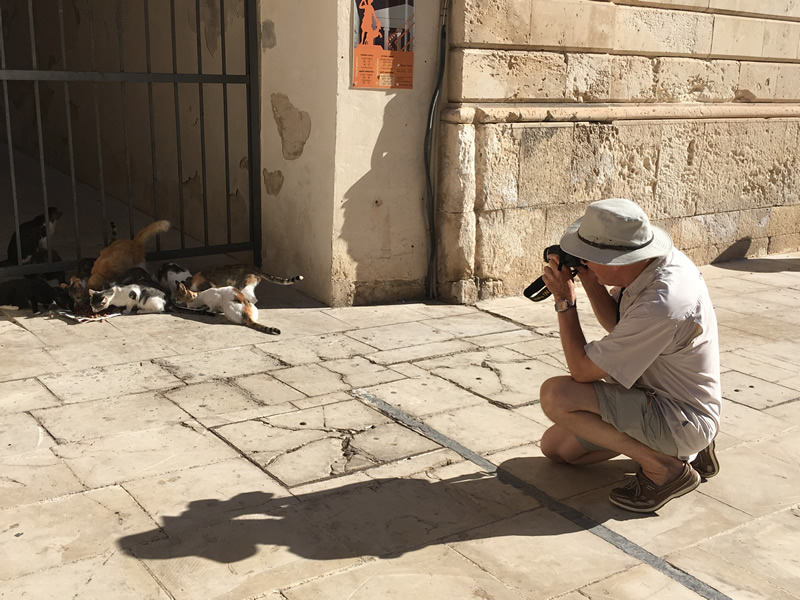 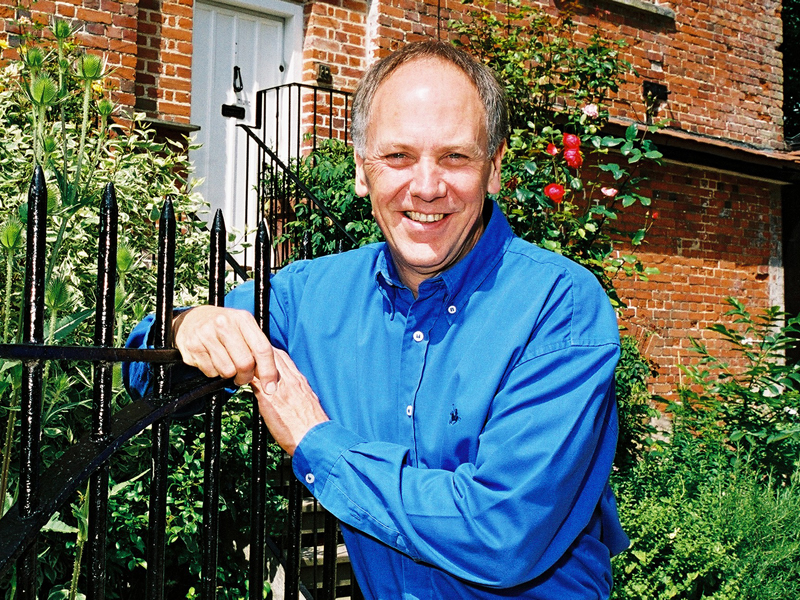 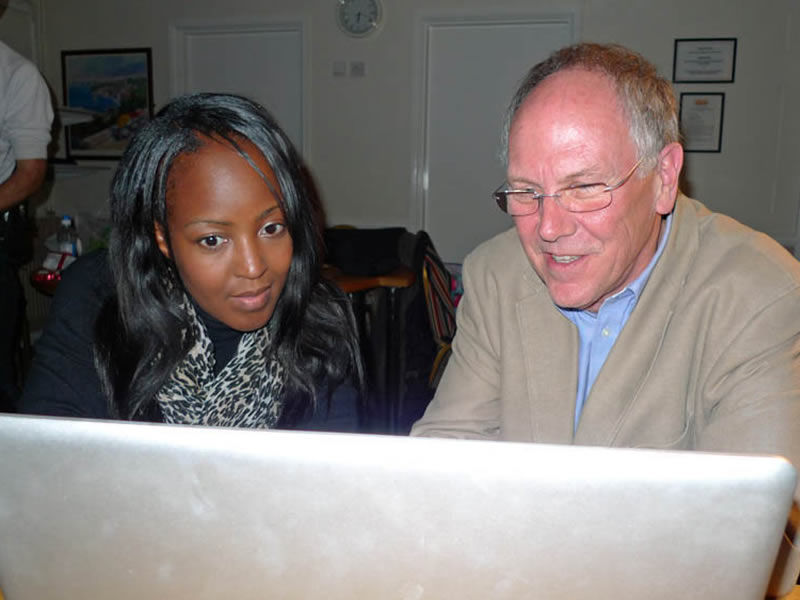 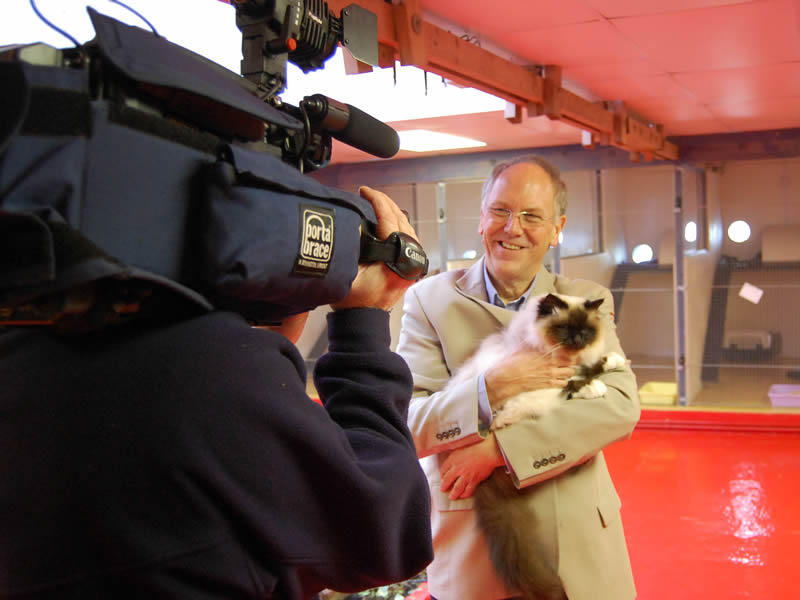 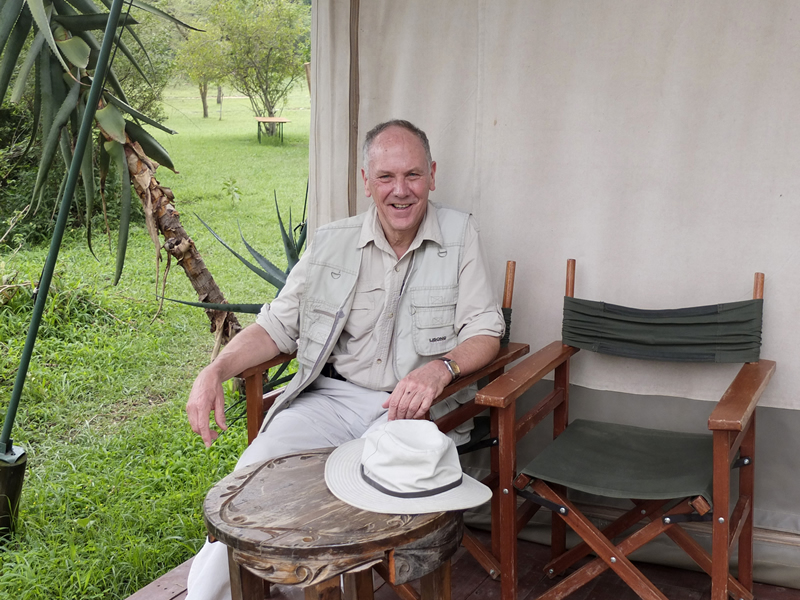 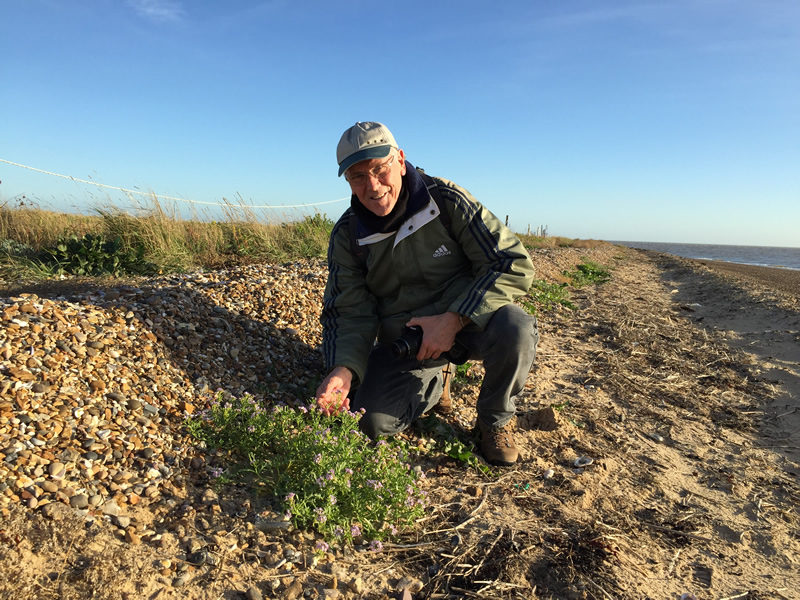 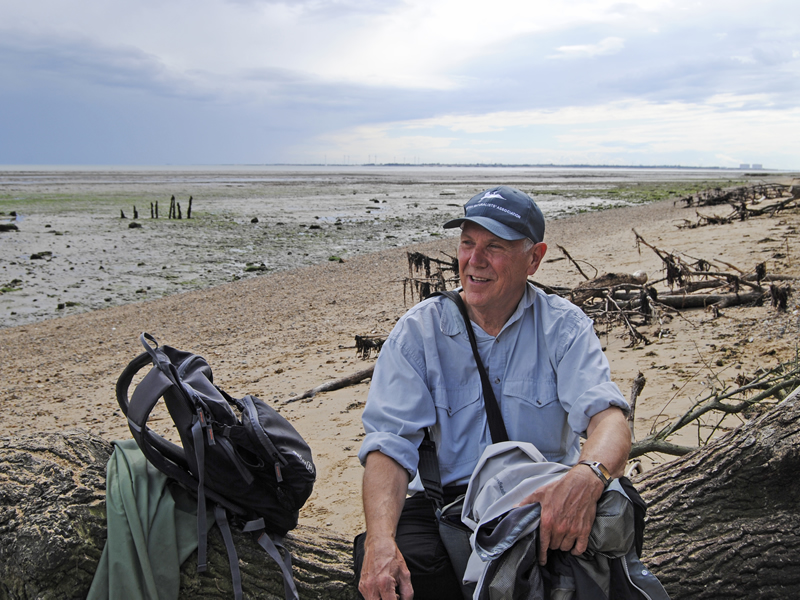 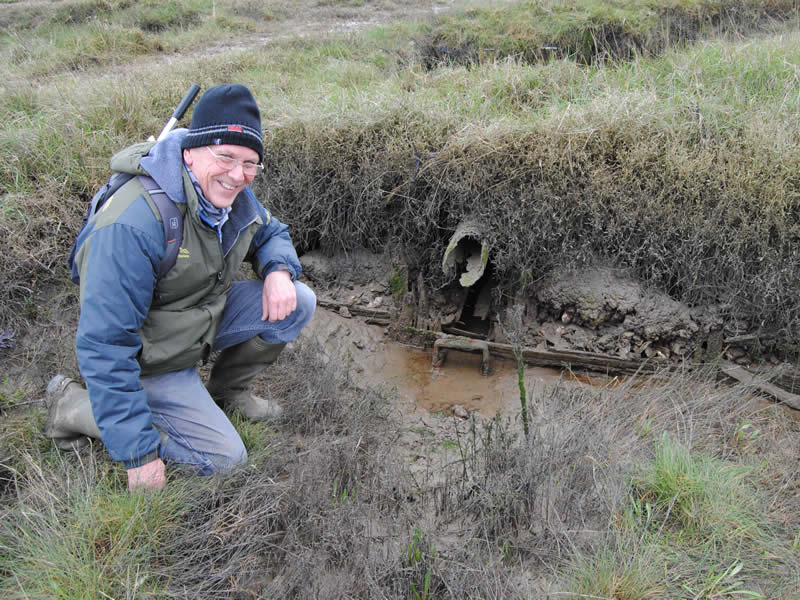 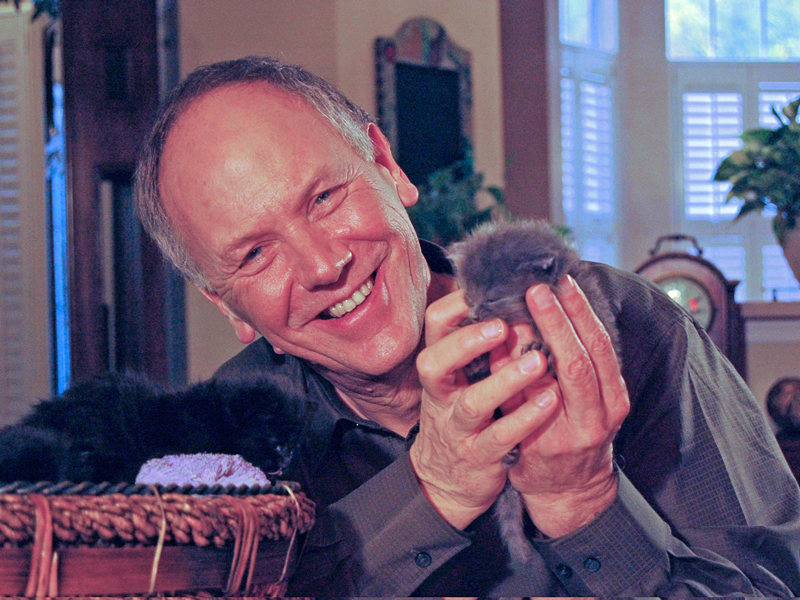 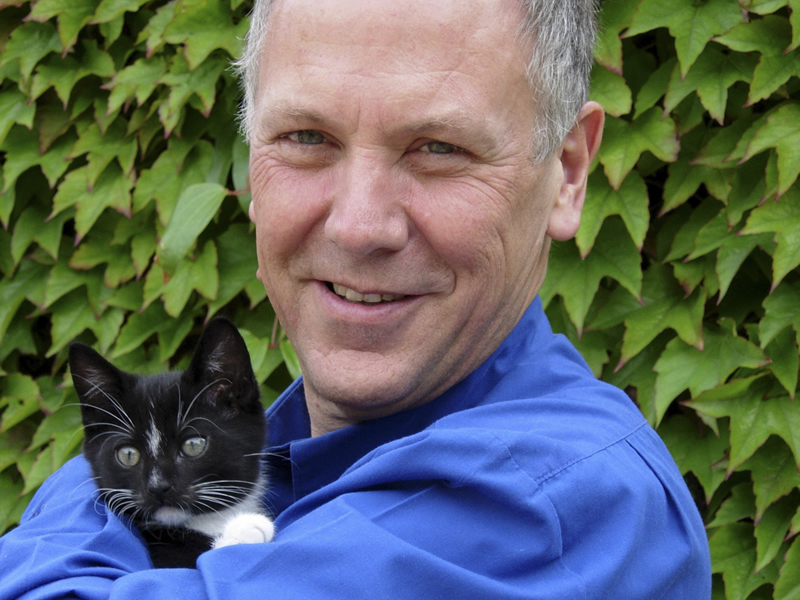 Roger began his TV career co-presenting BBC TV’s Animal Magic alongside the legendary broadcaster Johnny Morris. He covered animals such as ocelots, badgers, a chameleon and earthworms. He revealed microscopic details of the wings and eyes of butterflies and ultra-close-ups of earthworms using his own scanning electron microscope pictures. He and Johnny Morris flew to the Galapagos Islands to present an Animal Magic Special.

He was one of the original presenters of Countryfile (BBC One) covering topics such as historic salt production in the Blackwater Estuary, footpath access on farmland and the draining of the Fens. He wrote and presented his own full Countryfile specials – Life Returns to Broadland and Constable Country, where he brought together his favourite blend of wildlife, habitat and history of these areas.

Cats is the BBC TV series for which he’s best known around the world. It has been shown in many countries including the UK, USA, Japan and Australia. His studies of cats in different countries gave the basis for this 5-part peak time series which he wrote and presented. He traced their wild ancestors into domestication, their early domestic life and deification in Ancient Egypt, the medieval demonisation of the cat in Britain and Europe, and their spread around the world. His BBC book of the series was a best-seller.

Many of Roger’s programmes reveal his profound knowledge of plants as well as animals, and he presented Wild About Herbs for PBS TV (USA).

Roger’s catnav and catcam cat range survey with Bayer was filmed with him as the presenter as The Secret Lives of Cats, similarly he and his cat range surveys were featured in National Geographic’s Wild Side of Cats and Animal Planet’s Must Love Cats. In the The One Show (BBC One) he used GPS cat tracking to determine where a cat with unusual hunting preferences “caught bras and paint brushes” to take home through the cat flap!

Roger featured on Psycho Pussies: When Cats Attack which was a ratings’ hit for C5.

He is a regular contributor and guest on programmes in the UK and US, including in ITV’s Joanna Lumley Catwoman, Pineridge TV’s Animal Attractions, ITV’s Alan Titchmarsh Show.

A world leading authority on cats

Roger is one the most respected and sought-after experts in the world in relation to cats, their behaviour, psychology and relationships with people. He has observed cats and wildlife in 30 countries around the world.

Roger was anchor on BBC World Service Nature Notebook and BBC Schools Biology Now! For nearly a decade on LBC he recorded a weekly London wildlife slot from different places on location, plus hour specials. He’s been a guest on innumerable radio programmes such as Chris Evans’ Breakfast Show.

Roger was Editor of Motorways and the Biologist.